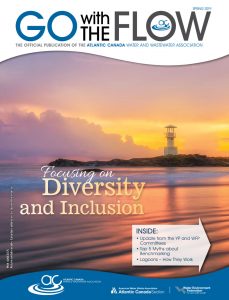 “Over the past 5 years from April to October we would get continuous complaints from the local neighbours about the odour leaving our lift station,” said City of Regina Project Manager Sean Hauglam.

“One neighbour repeatedly said on some evenings it was so bad they could not enjoy relaxing in their backyard.”

“Since we installed the ozone unit in Spring 2018, we have had no odour complaints from that lift station,” he said.

Ozone is a powerful oxidizer and is the fastest acting oxidizer that is commercially available. Ozone is created by ozone generators that convert Oxygen (O2) into Ozone (O3). Ozone has been in use continually for over 150 years in industries such as water treatment, pollution control and others.

With the advent of our 5th generation systems, routine maintenance now amounts to flushing the ozone generating tubes annually with clean water. It takes about two hours to complete maintenance.

“Anyone with some basic plumbing skills can now maintain our Ozone generators,” he said. “This is a huge advantage for small point-of-use Ozone Generating systems.”

Prior to installing the ozone system, the City looked at total lifetime ownership costs and decided on the Envron ozone system over competing technologies, said Hauglum.

There are no chemicals or other inputs into the Ozone system other than electricity. This makes Ozone one of the greenest technologies available for odor control. Scrubbing systems, for example, rely on caustic and chlorine to scrub odors. They are also unsuitable for small systems such as lift stations.

Carbon for odor control at lift stations requires on-going replacement of the carbon and also presents disposal issues. As well, carbon requires modifications to the ventilation system and the introduction of a higher-pressure ventilation blower.

In their due diligence process the City of Regina determined that Envron’s ozone system represented the best value for odor control over other technologies but it’s also a green solution as well, said Finney.

“Not only that but it has proven itself to be the most effective as well.”

“Envron has installed Ozone-based odor control systems at facilities with airflows up to 88,000 CFM (150,000 M3/hr) so the system can be used on a large or small scale,” Finney said.

“With the successful installation by the City of Regina Ozone has proven to be a viable option for pumping and lift stations.”